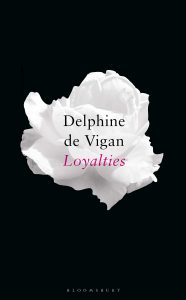 I loved this novel. Partly it’s thanks to the beautiful translation by George Miller, but obviously the original comes from Delphine de Vigan, the language sharp with pained interiority. My copy was a promotional ebook and despite the mistakes of formatting (so often the case with these early promotional releases) I knew when each character was speaking and heard their individual worries and concerns in tones particular to each.

Loyalties is about a young boy, Théo, and the people around him. We hear his voice and those of his friend Mathis, his teacher Hélène, and Mathis’s mother Cécile. Unsurprisingly they are all struggling with divided loyalties. END_OF_DOCUMENT_TOKEN_TO_BE_REPLACED

Set in Victorian London amidst the opening of the Great Exhibition, The Doll Factory follows the lives of three people trying to make their way in the world.

Silas Reed is a taxidermist with a shop of curiosities who began life outside of London in a pottery factory. He likes to collect things: skulls, skeletons, scraps of life he can preserve. It was his collection of skulls that helped him sell his way to freedom, London and his shop. He is a lonely man of great ambition who smells of decay and chemicals.

Albie is a street urchin whose teeth, all but one, were knocked out by a carriage. He finds dead animals for Silas, he sews underskirts for Mrs Salter’s Doll Emporium and lives with his sister in the whorehouse. Iris, one of the twins at the Doll Emporium always treats him with such kindness even when snapping the flea eggs on his doll skirts.

Iris, whose collarbone broke at birth and heeled twisted out at an angle, used to be the ugly twin until her sister caught smallpox. Since then they have been lucky enough to find work at Mrs Salter’s Doll Emporium, painting the delicate porcelain faces and sewing the outfits for custom ordered dolls, often made in homage and likeness to dead children. Their life is one of drudgery from which Iris secretly wishes to escape. She sneaks out of bed at night and paints using tools it has taken her months to save for. She paints in secret because such longings are improper. Her wild desires threaten the safety of their respectable lives. END_OF_DOCUMENT_TOKEN_TO_BE_REPLACED 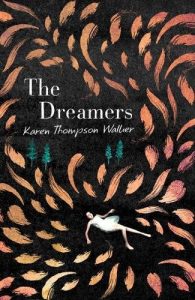 The Dreamers is surreal novel about how little we understand of our minds, especially our dreaming selves. What is the difference between what is real and what is dreamt when we can feel and experience things so clearly in dreams?

It all begins when one college girl, in a small town in California, falls into a sleep from which no one can wake her. Slowly, over time, more and more people fall sick, drifting into sleep at times and places that leave them undiscovered, in danger, or eventually found and hooked up to drips and feeding tubes while people wait and hope for them to wake up. END_OF_DOCUMENT_TOKEN_TO_BE_REPLACED 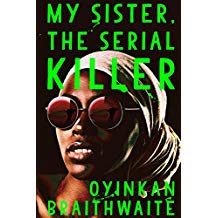 Korede’s younger sister is very beautiful. Her charms enslave people, even Korede. Such a sweet innocent face could surely never wield her father’s antique knife? One might believe it of ungainly, sensible Korede, but Ayoola? Surely not. She is too small, too delicate, too sweet.

As Korede marks off man number three in her notebook, she recognises that her sister, by definition, is now a serial killer. But what do we do to keep those we love from harm? What are we prepared to sacrifice to keep them from a life of imprisonment? END_OF_DOCUMENT_TOKEN_TO_BE_REPLACED