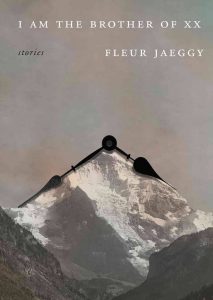 The stories of this collection are undoubtedly precise. In their concision an air of disdainful melancholy hangs over the prose as if the terrors of ordinary life are too mundane to speak of and yet they must still be spoken of. Boredom, loneliness, sleeplessness, loss, all squirm under the surface of the characters who try so hard to make sense of it all that anger, violence or simple disinterest result.

Having only just finished reading the collection, I feel I must turn to the beginning and start again. There is an aesthetic quality, a vision that entices and repels me; it’s almost like learning the nuances of a new language: it takes study.

Ranging, as they do, across Europe and the Americas, the stories express huge admiration and love for the human spirit, but they are also morally distant. There is an edge of magical realism to them or that strange matter-of-factness of old fairy tales where if a mother goat needs to slit open the skin of a wolf to retrieve her babies, replacing the kids with stones before he wakes, we do not question her thought or action; of course the story must end with the wolf drowning in the river as he attempts to slake a thirst brought on by the dryness of the stones that weigh him down and keep him from resurfacing.

This is not to say that animals play a huge part in the collection. They don’t. Humans treated like animals, or even objects, are a more frequent recurrence.

I’m not doing a good job of describing individual stories. I could give you a flavour. In ‘The Heir’ a young woman burns down the house of the woman who took her in and cared for her. In ‘The Aviary’ a husband cages his wife after his mother dies. ‘Osmosis’ tells the story of the pastor’s daughter who brings a mandrake root as a doll into their home. Everyday the doll grows more like the girl who didn’t know she had a twin who died at birth.

This doesn’t do the collection justice however. There are less fanciful stories of siblings lost to each other by years of separation, or stories of Ingeborg Bachmann, or ‘Names’ in which one woman calmly refuses to visit Auschwitz with her friend, offering instead to wait patiently outside, but even in these stories an ominous, gothic feeling remains.

Susan Sontag called her a ‘savage writer’ and I would agree. This is a beautiful collection whose writing and characters haunt the reader, asking them to look into the good and bad of us all.

Next week I’m reading The Unseen by Roy Jacobsen, trans. by Don Bartlett and Don Shaw.