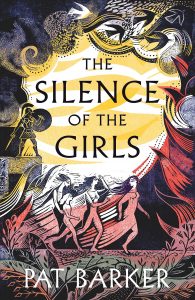 I devoured this book, reading it incredibly quickly, eager to discover what would happen even though the outlining story itself is one we all know. Pat Barker tells the story of the Trojan War through the eyes of Briseis, Achilles prize for taking the Trojan town Lyrnessus in battle. Briseis gives us an alternative view of the war and how it affects the women of both sides. For this fact alone the novel has won huge interest and acclaim and I’m glad to have read The Silence of the Girls and to join my voice with those who praise the novel.

However, despite the need for such an alternative viewpoint, despite the pace of the action, the depth of thought, complexity of character and beauty of the language, the novel still didn’t quite push far enough for me. There was still a need to hang the story on the history of the great male Achilles. This was hugely frustrating and whilst that frustration is, no doubt, intentional, meant to be there to irritate the reader, to press them to desire narratives untethered from the grander male, birth-of-literature narrative, it niggled and nagged at me. Why not leave the wider story untold but from Briseis’ viewpoint, or have another female figure take up the story? Why take us into the histories of Patroclus and Achilles? This is, after all, a story that we know well. END_OF_DOCUMENT_TOKEN_TO_BE_REPLACED 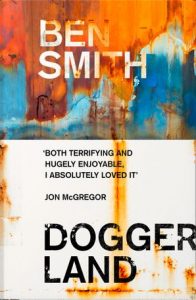 The waters of the world have pushed back the land, driven over it, covered the earth leaving a sea of particles, plastics and life built upon the waves. The Boy is stuck with the old man repairing the turbines on a huge wind farm. Is there still land? The novel doesn’t really ever say definitively.

What we do know is that Boy’s father disappeared when his contract was unfinished, leaving Boy to fulfil it. They watch the system to alert them to faults and they take the maintenance boat and try and fix the turbines, try and keep them generating electricity. END_OF_DOCUMENT_TOKEN_TO_BE_REPLACED 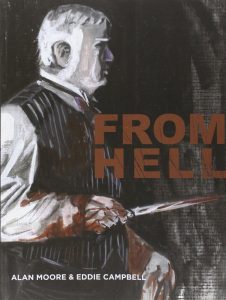 This is a beast of a book, beautifully tight despite suggesting multiple interpretations and readings of the Jack the Ripper murders. Everything about this graphic novel teems with an overflow of possible meaning. That makes it simply delightful to read.

I don’t know a lot about the Ripper murders or Masonry and From Hell’s exploration of both gives London itself a new shape. Darkness and chaos are cut against providence and godliness. Visions war with the tried and tested hierarchies of society. Victorian culture, the peak of British Empire is riddled with the signs of its own demise. We see the chasm between rich and poor, the exploitation of difference and poverty for the sake of the rich that we have been unable to escape from even in the twenty-first century. It’s dirty and ugly and sad and also beautiful and filled with longing and hope. END_OF_DOCUMENT_TOKEN_TO_BE_REPLACED

It’s hard not to be drawn to a title like this. Everything it suggests to the imagination is explored as we follow the life of Alva Smith who became Mrs William K. Vanderbilt and later Mrs Oliver Belmont.

Society and its views on behaviour are put under the microscope. Sometimes stepping outside of the generally accepted rules of conduct, is the best course of action even if it goes against what most consider well-behaved.

I thoroughly enjoyed seeing Alva manoeuvre her way from a respected family fallen into poverty, to acquiring money through marriage and then to conquering high society. I enjoyed seeing how Fowler imagined she had learned her emancipatory views on equality of the sexes and races.

The novel refers to popular novelists of the times and there is a sense in which the sensibilities of Henry James, Edith Wharton and others ripple through the novel, creating a kind of sentimental outlook generally at odds with Alva’s character, but enticing nonetheless. Fowler doesn’t allow her to escape romance, though society would certainly have restricted her access to it. Romance, as understood by Alva, is a luxury that rarely has positive outcomes. END_OF_DOCUMENT_TOKEN_TO_BE_REPLACED