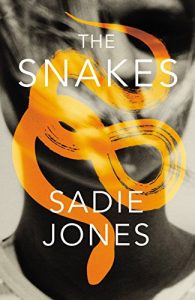 Bea has spent her whole life remaking herself as an individual separate from her family. She has forged her own career, found her own relationship with Dan, a man without connections or money, born and bred in Peckham, London. She lives as honestly and cleanly as she can, away from the corrupting influence of her father’s money and her mother’s shame; a shame Bea has done her best to bury deep inside.

The only thing is, she hasn’t been honest with Dan. He doesn’t know how rich her father is or what her mother did. Bea has chosen not to tell him.

Dan – fed up trudging into his estate agent job everyday when all he really wanted was to be an artist – suggests a holiday, one they can just about afford. Bea agrees.

Their first stop is to visit Bea’s brother, Alex. He has a hotel in France that he’s keen for them to see. But the hotel isn’t finished and has no guests. There is something eerie, unnerving about its masquerade.

Then Bea’s parents decide to visit and Alex takes off. He never returns. He’s found dead in his car that hangs, suspended in the branches of tree.

Slowly over time, it becomes clear that Alex’s death was suspicious and whilst Dan is lured into the ease of Bea’s family, attracted to the comfort of money, their relationship becomes more and more strained.

What was Alex doing for his father? Why doesn’t Bea like her mother? What else is hiding up in the loft with the snake traps?

The Snakes is a very dark and disturbing novel. Its examination of the workings of money is fascinating and deeply relevant to the way our world works. I can’t say that I enjoyed reading it, however. I found the brutality and twisted emotional connections explored made me keener to put the novel down rather than pick it up and read on. This is unlike me. I’m not usually squeamish. I can’t quite put my finger on what didn’t appeal to me. Perhaps there was an underlying philosophy that too easily descended into pessimism. Perhaps, for me, there was too much of an emphasis on the thriller aspect of the plot. I’m not sure.

Out on the 7th March, The Snakes is a bright and ugly book that shakes up the reader. The smooth way in which the narrative moves between Bea and Dan, revealing the different ways in which they see their relationship and the world around them, is expertly done. This won’t be a novel for everyone though. I’m a lover of bleak, but this is bleak even for me. You’ll know if this appeals or not.

Next I’ll be reviewing A Well-Behaved Woman by Therese Anne Fowler.