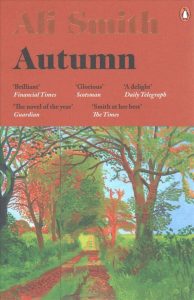 Daniel is sleeping in his bed at the care home. He is slowly making his way closer to death.

Elisabeth, a girl who used to live next door, whom Daniel babysat and inspired while Elisabeth’s mother went on dates, discovers his care home is not far from where her mother now lives and comes home more and more often to visit Daniel, pretending to be his granddaughter, waiting patiently for him to wake. END_OF_DOCUMENT_TOKEN_TO_BE_REPLACED

Kif is desperate to be a writer. Taking odd jobs and shift work, he spends every last minute scribbling or tapping away at an old computer in the tiny spare room regardless of his baby daughter and pregnant wife. Unsurprisingly, the lack of money begins to press heavily upon them.

Then Kif’s old childhood friend, Ray, gets him a job ghostwriting the autobiography of Ziggy Heidl the notorious Australian fraudster. The chance to be spoken of as a writer, but mainly the offer of a large sum of money, takes Kif from Tazmania to Melbourne into the frustrating world of Heidl whose stories play upon the sympathies of the listener, encouraging them to create their own version of Heidl’s past, one which hangs upon a few cleverly chosen but mundane words that fail to withstand any historical scrutiny. END_OF_DOCUMENT_TOKEN_TO_BE_REPLACED

Elmet is a beautifully written novel. There is an atmosphere that draws you in, a sense of being in and of the landscape that feels both gritty and timeless, putting human beings onto a level with the animals and foliage of England’s wooded land. At the centre of this wood are Daniel and his sister, Cathy.

Daniel and Cathy haven’t had a stable upbringing. Their father and mother move in and out of their lives and they are cared for mostly by their grandmother. When she dies and their mother has moved out for last time, their father pledges to stay with them always and to build them a home where they’ll be safe. A home, it turns out, in the woods on land that once belonged to their mother.

Divided between an italicised account in which Daniel searches for a her that you soon realise is Cathy, and an account of the events that led him to this search, there is a taut line of telling that flexes over the bones of a story about relationships between people, land, family, community and society. It is bleak and it is raw – drawing attention to those who live at the edges of official society, those who are poor and easily exploited – but it is also thoughtful and articulate, weaving a kind of magic of the faery tale into the modern world. I thoroughly enjoyed it. Read it and let me know what you think.

Next week I’ll be reading First Person by Richard Flanagan.