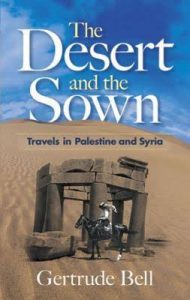 Originally published in 1907, The Desert and the Sown tells the story of Gertrude Bell’s journey from Jerusalem to Alexandretta in Syria.

Gertrude Bell is an unusual Englishwoman. One of the first to graduate from Oxford she was a formidable historian, archeologist and linguist, speaking Persian and Arabic among other languages. For most of the journey she can talk to the people she meets without need of translation, moving between people of different origins and religion and between men and women with the ease of an outsider, something it must have been much harder to achieve in England. Because of her ease of movement and linguistic ability she learns a great deal about the politics of the lands she travels across and thinks hard about the Ottoman Empire and the rule of the Turk. She also spends much time on the ruins of previous eras, Greek, Roman, Syrian. END_OF_DOCUMENT_TOKEN_TO_BE_REPLACED 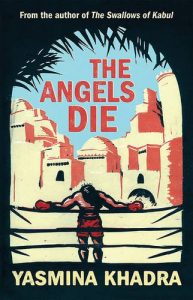 The Angels Die tells the story of Turambo, an Algerian peasant named after the village of his birth that was swept away by a storm.

The novel opens with the threat of Turambo’s execution. What has he done? What has brought him to this point? Turambo tells us. END_OF_DOCUMENT_TOKEN_TO_BE_REPLACED 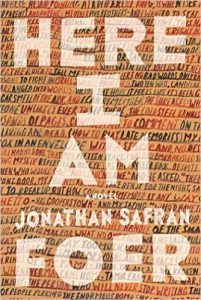 Here I Am is a difficult, circumlocutory, beautiful novel filled with the story of an impossibly bright family trying to understand itself – fatherhood, motherhood, brotherhood – trying simply to be there. Or at least that is what Jacob, the father of three boys, the sometime husband to Julia, the owner of their dog, Argus, is trying to do.

By introducing the novel in this way, I am kind of cheating because Here I Am isn’t only a story of trying to learn how to be there. The words ‘Here I Am’ are what Abraham says both to God and Isaac as reported in the Torah just at the moment he is preparing to sacrifice his son at his God’s behest. And introducing this dichotomy, to be wholly there for both God and son, to be impossibly present for more than one thing or person, also introduces one of the other major themes of the novel: Judaism, being Jewish, what it means to be a Jew. Are American Jews as Jewish as Israeli Jews? Is it possible for Jews to have a homeland? How does a Jew not living in Israel reconcile their Jewishness with this physical distance? END_OF_DOCUMENT_TOKEN_TO_BE_REPLACED 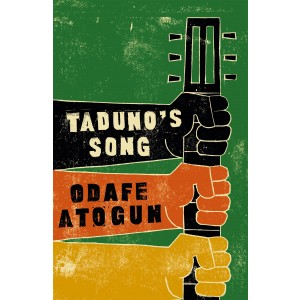 Taduno is a musician from Nigeria living in exile. He sang songs against the military regime and had to flee. He was beaten so badly his voice was affected and he can no longer sing with the sweet voice that made him famous. Somehow he has been allowed to live in an unoccupied house, undisturbed, welcomed even, by the people of a foreign town.

Then he receives a letter from his girlfriend Lela, telling him that everything in Nigeria has changed. How could she know where to find him? The letter doesn’t even have an address.

Fearing what has happened, Taduno goes home to Lagos where no one recognises him, not even his neighbours who lived beside him for decades. And Lela has disappeared. END_OF_DOCUMENT_TOKEN_TO_BE_REPLACED 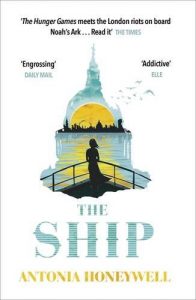 Lalla, just turning sixteen, lives in a flat in Bloomsbury in a London very different to the one we know today. Regents Park, full of homeless people with no identity cards – and thus no identity, no access to food rations – has been bombed; the British Museum is now home to further homeless, identity-less people who steal exhibits in exchange for food. All over the world resources are scarce, there is no soil to grow crops, many species, including those reared for food, are dead.

Lalla’s father was one of those who suggested identity cards to allow for fair sharing of resources, but the scheme has failed. There simply isn’t enough to go round. The ship is his latest idea – a vessel filled with worthy people and all the food, clothes and resources they might ever need.

On the day of Lalla’s sixteenth birthday, everything changes and life on the ship begins. END_OF_DOCUMENT_TOKEN_TO_BE_REPLACED

I’m hugely pleased to be back online after two weeks of belly ache with my hosting provider. Hence, two reviews to follow in quick succession. If you’ve been waiting… sorry and thanks for your patience.